Bone Infections are as old as the Dinosaurs 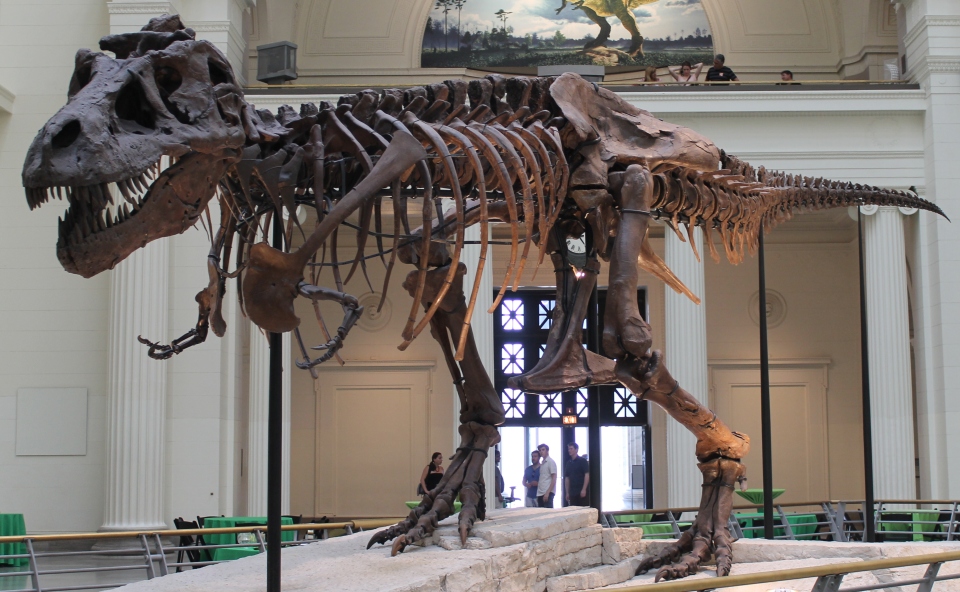 Bone infection can be deadly when not properly treated. Sue the Dinosaur may have learned that first hand.

Standing at a length of forty feet and 13 feet tall, it is estimated to have weighed more than 8.2 tons when alive. Sue was 28 years old when she died, making her the oldest T. rex known. During her life, this carnivore received several injuries. An injury to the right shoulder region of Sue resulted in a damaged shoulder blade, a torn tendon in the right arm, and three broken ribs.

If you look carefully at the left fibula (leg bone), you may notice that it looks different from the opposite one- twice as big and distorted.Scientist used to think it was broken, but recent CT scans showed no signs of fractures but likely as a result of bone infection– From Wikipedia.

Sue is on display at the Fields Museum in Chicago.